How earthquake early warnings work in California, Washington, and Oregon.

The development of the Earthquake Early Warning system has been years in the making. Researchers, private parties, and the government realized the many benefits of having a system that would warn people of impeding shaking before it occurs. People can generally protect themselves better with a simple notification that will let them know when the shaking will begin in their particular area.

In order to use the system effectively, it will be helpful to have a general idea of how the Earthquake Early Warning system actually works.

This warning system has not been completed yet, but several other countries, such as Japan, Taiwan, and Mexico, have implemented similar systems that have been very successful. Right now, the United States Geological Survey has only installed a small number of sensors, but that number will increase as funding is received. Once the Earthquake Early Warning system is fully functional, it will be a tremendous resource for everyone in California, Washington, and Oregon. 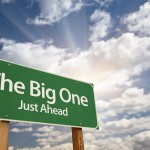