Warning sirens sound as sirens from Mexico City’s Seismic Alert System gave its residents warning of the impending earthquake on September 11th, 2017.  This earthquake was the strongest to hit Mexico in over a century.

Earthquake early warning works and Early Warning Labs is already deploying live alerts to customers along the West Coast of the USA.  Coverage includes all of California, Oregon, and Washington.

Quake details via the USGS 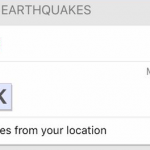 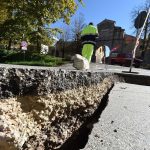