A 2015 USGS risk map shows that the number of Americans living in an area at risk for a damaging earthquake is nearly double what was believed in 2006. It is now realized that about half of Americans live in a hazard area. 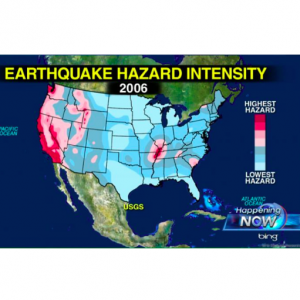 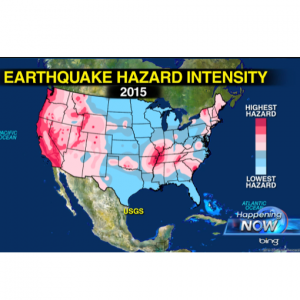 In California, which appears to have the highest percentage of hazard area in the map, less than 20% of residents have earthquake coverage.  With talk of the “Big One,” many Californians are worried about potential damage to or loss of their home.  So why don’t Californians have earthquake insurance?  This may be due to the fact that risk level affects the cost of earthquake insurance.  Or, it may simply be that people believe they are covered for damage from on earthquake because they have homeowners insurance.  However, most homeowners insurance does not cover earthquake damage.  It is usually an added feature that raises the cost, or must be done on a whole other policy.  Often it to expensive to pencil out.

So, while some people think it is worth the cost, others think its wiser to save the money, believing their home repairs would probably cost less than what their deductible would be.  It is important to take many things into consideration when deciding whether it is worth it.   Wooden frame houses withstand earthquakes the best, compared to brick or cement.  Meaning, a brick house would be more likely to experience more damage, increasing the probability of the cost exceeding the deductible.  However, while the deductible would not vary based on merely building material, the monthly premium is much more for homes made of material other than wood.

Another factor to look at is what gives your house its value.  A normally $400,000 home could have a market value of, say, $2 million if in a prime location.  This would lead to a $240,000 difference in the deductible, and probably would not be the best value.  If location decreases the value of your home, the deductible will be less and more likely to be a good value and worth it.

Building costs in your area should be investigated as well, to get an idea of what repairs could cost.  Keep in mind that after a major earthquake demand for housing repairs could spike, leading to an increase in prices.

Earthquake coverage or not, you will still be at risk for loss of water access.  This is most often the biggest issue after an earthquake.  If adding earthquake coverage to your insurance policy is out of the question or does not seem worth it, just make sure to have an extra supply of water in your house!

Get an estimate on your earthquake insurance cost and deductible by clicking here.

Will California Fall into the Ocean?
Early Warning Labs chosen by PG&E in San Francisco as Earthquake Early Warning Provider