Effects of the “Big One” on Water

When The Big One hits California, water will probably not be available for a few days.  The 1990 Northridge earthquake caused 1,500 breaks in the city pipes, cutting off 48,000 homes from water for 7 to 8 days.   Repairs after The Big One will start with areas that supply hospitals and other important facilities.  It will take between two weeks and six months to restore water services to all locations. At least that is what the Shakeout scenario found.

That could change.  Quake-resistant ductile-iron pipes made by Kubota Corporation are being installed in some areas of the city.  These are the same pipes that survived the 9.0 earthquake in Japan.  Of the 7,000 miles of city pipes, 5 areas have been replaced by these new pipes.  The main issue preventing full transition is the cost, these new pipes cost over two times the cost of traditional pipes.

Loss of water access is not the only problem that can arise from pipes broken in an earthquake; flooding is also a big concern.  Flooding will make it even more difficult for emergency vehicles to reach locations they are needed, and will also lead to more infrastructure damage on top of what occurred from the shaking.

That is where Early Warning Labs comes in.  Our Earthquake Early Warning technology can automatically respond to alerts by shutting off water flow before the shaking occurs.  While this won’t prevent the pipes from breaking and loss of water access, it will prevent flooding.  With the current shortage of water in Southern California, containing the water we do have is extremely important.

The following audio clip featuring Lucy Jones, of the USGS, helps explain the many issues surrounding water after an earthquake: 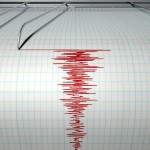 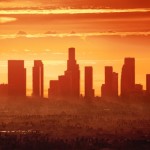