It is close, but USGS needs more funding before it is available.

The USGS Earthquake Hazards Program has been working on an Earthquake Early Warning system since 2008. It has been a long process of research, development, and testing, but they are not done yet. All of those involved with the Earthquake Early Warning system want to be sure that the process works properly before releasing it to the public. It is very close, but more development and testing are still required. More sensors also need to be installed to ensure wide coverage and access.

Improving access to the Earthquake Early Warning system in Los Angeles requires significant additional funding. Funds are required to install more sensors, run more tests, and generally improve the system so that it is useful to virtually everyone in Los Angeles. The USGS estimated that setting up and developing the Earthquake Early Warning system would cost around $38.3 million. The project also needs roughly $16.1 million per year for maintenance.

Researchers and the USGS were working with $5.6 million that was provided by the U.S. Department of Homeland Security based on a grant on urban security to build 100 new seismic stations and upgrade 25 existing stations. They also had a grant from the Gordon and Betty Moore Foundation of roughly $6 million. The U.S. Congress approved an additional $5 million for the project in December 2014, but approval for the full $16.1 million is still pending. Congress has requested the President to approve the $16.1 million on an annual basis.

The federal government has also expressed its desire to have the State of California contribute to the development of the Earthquake Early Warning project. Meanwhile, the California Office of Emergency Services has been attempting to solicit funds from private entities to help aid development.

As of right now, some government agencies, private firms, and researchers receive the earthquake alerts for testing purposes. The system that is in place now is not large enough to provide access to the public. However, USGS and other entities are working on improving the range by installing more sensors to improve overall access.

With the approval of the additional $5 million, developers plan to implement the program in some schools, fire stations, and additional private companies. Giving schools access will allow them to prepare children a little quicker; ducking and covering before the shaking actually begins could be the difference in avoiding serious injury. Fire stations have also had experiences where the trucks cannot leave the fire station because the earthquake has caused the doors to stick closed. The extra time that it takes to cut out the trucks could result in serious damage. The Earthquake Early Warning System will synchronize with the fire station doors so that the doors open before the earthquake even occurs. Private companies may also be able to stop dangerous processes and move workers away from hazardous material before the earthquake begins, increasing safety for everyone.

When the full funding is received, then officials estimate that the entire Los Angeles area will have access to the Earthquake Early Warning system within two years. 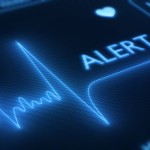 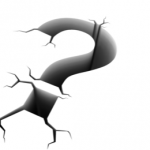